Jarrod Jackson, Senior Vice President at the mighty American Mutual Bank (AMB) in New York City is hiring. Not because his team has  too much work on, but because he wants the biggest team on the East Coast…

The Contractor is one of these hires and is starting his first day at the bank. The only problem is that he has no idea what the job is. Or for whom he is working. Or what is required of him. And he is surrounded by characters he can barely comprehend.

Without really knowing why, he is whisked off to Miami on a hen party: the seeds of a possible romance with the post-girl Elizabeth, and fellow contractor and ultimate ally, Jasmine, are planted.

As the Contractor begins to meet and know his coworkers, Jarrod unveils his masterplan: he wants to push and ultimately dominate the Green Bond market and broker a deal with Canadian pension giant, North American Nominees (NAN). Jarrod knows green investments are the way forward, and knows his way around this niche – but growing – market. And NAN are forward-thinking, progressive and eager to partner with banks on sustainable and green initiatives.

Jarrod, though, has a gas-guzzling SUV with tyre tracks as huge as its carbon footprint, and exploits the industry for his own career and ultimately for personal gain. Most of the top traders in the team share Jarrod’s lack of integrity, and believe that morality is a bar to banking success.

Jarrod’s family also run Dakota Dung Distribution (DDD). Ignoring the glaringly obvious conflict of interest, Jarrod aims to float DDD and use it as a flagship investment vehicle within the Green Bond programme.

But The Contractor, while personally ambitious, is from a more modern generation. He actually considers and cares about the environment, as well as human relationships with both coworkers and potential investment partners. It becomes clear that personal success and career progression versus doing the right thing cause a traumatic paradox that he finds difficult to handle… especially when he discovers that DDD is owned by the Jackson family. This causes his relationship with his overbearing boss to become strained to the max.

Through a comedy of errors (and some brilliant thinking on behalf of his coworkers, who are also becoming his friends), The Contractor’s position with the team is elevated once, twice, thrice… in quick succession. This is depicted by his literal raise, floor by floor, inside the towering AMB building in New York City.

The Contractor’s morals are tested again when Jarrod instigates a sleuthing operation into the key NAN players to collect kompromat and private data. The Contractor and Elizabeth are chosen to lead this, and they utilise the skills of their coworkers in HR and IT to obtain inside info, as well as infiltrating a gala dinner, which has deal-making and hilarious consequences. When it becomes clear to some senior AMB managers that The Contractor is texting people at NAN whilst in the elevator, he is promoted to the team brokering that deal. He is suddenly in the hub of the biggest deal yet in the Green Bond market. And because of his previous research he knows the NAN team better than they know each other; a huge advantage in negotiating the terms.

While the lead up to the NAN deal is in full swing, The Contractor discovers just how much greenwashing of dirty green financial products is happening, and that Jarrod drives the whole process.
‍
But can he afford to lose his job?

Can his sense of moral justice overcome his ambition?

Download brochure for the answers...
Fill out the form below to have the brochure emailed to you:
Thank you! We will send you an email shortly!
Oops! Something went wrong while submitting the form. 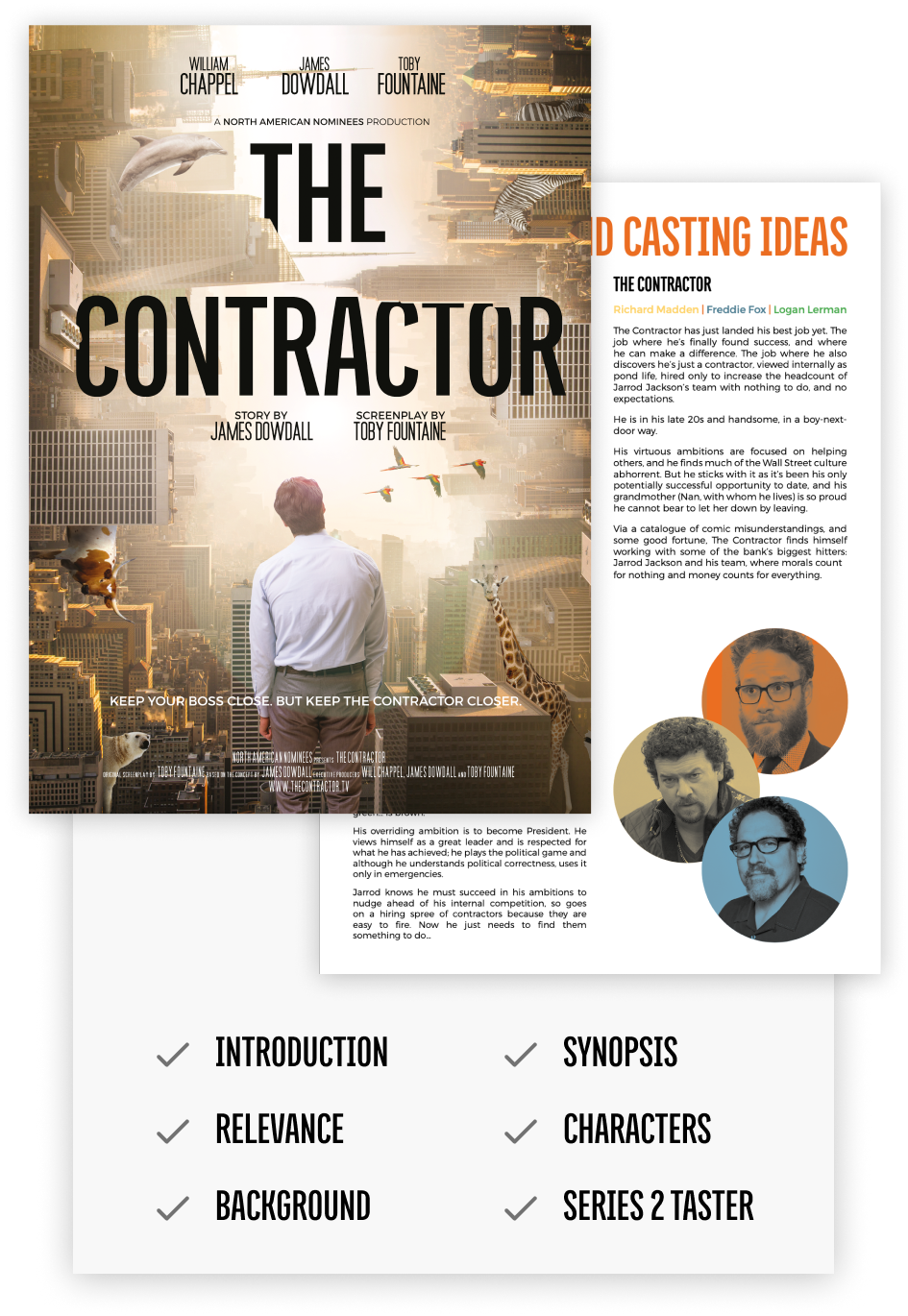